Though cold turkey was my preferred method when giving up alcohol, this method wasn’t always successful for me in other situations and it left me seeking another option. Of course there’s other options! There is always another option because if you have not arrived at an option that works for you, it means it’s still out there waiting to be uncovered. This particular option involves two words that in my past I found highly offensive (I’ll whisper them in case they have the same effect on you) slow down.

I know, I know- – you want results yesterday and you’ve been led to believe that slow just makes everything slower. That’s a mind-block. It doesn’t. In the long run, slowing down brings about lasting change because it gives your body the time to adapt to what your mind has already convinced itself of. When your body and mind are in alignment, they are not struggling against the other and you will receive both the physical and psychological empowerment it takes to overcome the attachment you’ve created to whatever it is you’re trying to give up. For years I tried to give up sugar in my coffee by going cold turkey. I’d be successful for a few days, but the results would always be short lived. Six years ago I decided not to quit sugar in my coffee, but to cut down on sugar in my coffee. I must interject here that coffee is a VERY big deal to me. I love my coffee. Six years ago my daily coffee- at least 3 cups per day- was creamy and sweet. To illustrate the sweetness factor, my Tim Horton’s order was a double/double -double cream/double sugar. Very sweet.) So when I made the decision to cut down on my sugar, I told myself that I would have one cup per day made in my usual sweet way. Any coffee beyond that one cup would be cream only. And so began the process of eliminating sugar in my coffee. A process.  At first I spent a lot of time thinking about that one sweet cup. Would I have it first or save it for later? Big decisions 🙂 But gradually, the oddest thing happened: I found that my one sweet cup needed to be less and less sweet over time. I was putting less sugar into my cup and yet, week by week, it was tasting sweeter. So I readjusted again. I decided I would only have sugar in my coffee if I was buying one somewhere. The Tim Horton’s double/double eventually became a coffee with cream and sugar, then gradually cream, then eventually became a black coffee or Americano because my taste buds adjusted and coffee with cream and sugar no longer tasted good to me, making it easier to cut my sugar and dairy consumption in general, which had a huge impact on my overall health and fitness level. My initial realization that I no longer even liked sweet coffee was one of those, “wow, when did that happen?” moments that make change appear as if it somehow happened by magic. Which, in essence, it did. The magic of small daily disciplines.

Try giving yourself some time. You will find that some things we consider an uphill battle are only that way because we’re going about them in a manner that does not serve us. Slow down, stop struggling, and let nature take its course. 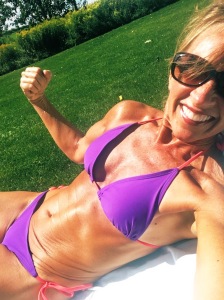