I’ve been on a fitness training hiatus, focusing on continued education rather than taking on clients, while I meditated on how my gifts could best be used to benefit and serve others. I asked the universe to reveal to me what type of program would encourage others to get past the fears that bring about inertia. What did I need to do? I was given a one word answer: SIMPLIFY. So I listened.

A minimalist at heart, I require no long-term commitment, opting instead to offer my services on an hourly basis that is dictated by your individual needs. One hour, ten hours- there’s no “wrong” answer to the question of what will get you headed in the direction of personal empowerment. Mine is a wellness program mindset that reflects a philosophy of simplicity and individualism-  rather than train you in what I know, I’ll be coaching you to uncover the methods and strategies, unique to you, that will empower you on your journey to a healthy body and a thriving life. I’ll guide you in taking power-infused steps in your life, both literally and figuratively, that will give your body and life the jolt you need to get unstuck. Tailored to your unique needs, this may involve anything from exercise tactics, menu planning & cooking instruction, to home management strategies and clutter elimination. Perhaps you just need an occasional walking partner- someone to set a challenging pace when the world is weighing you down and your reset button needs pressing. We walk, we talk, we strategize. Sometimes baby steps, sometimes strides, you will learn that any steps you take result in progress. My walk is not a stroll. It’s a kick-ass trek that’ll have your body longing to break into a jog, and it will leave you breathless and fired up- mentally primed to carry over into the steps you take with the rest of your life.

Power Steps. If you’re ready to take them, you’ve come to the right place.

Let’s say you’ve made a resolution to lose weight. Just a guess… You’ve read positive research about the benefits of walking and decide that along with learning to eat healthier, you’ll start logging in those 10,000 steps quoted in another study you’ve read deemed to be a reasonable amount for a healthy adult. Then you tell a friend. Turns out they’ve just read another study that found walking won’t help you lose weight. Refusing to waste another second of your valuable time on something that’s “not going to work anyway” you plop yourself down in your recliner, grab a beer and put your feet up, berating yourself for even considering that you’re capable of making positive changes in your body in the first place. That is the downside of research: when it makes you question what you are telling you. As a person who enjoys obtaining information and benefiting from the “diligent and systematic inquiry or investigation into a subject in order to discover or revise facts, theories, applications, etc..” (per Dictionary.com) I rely on good research in numerous areas of my life, especially health. But it has its place, and that place is second to your own voice. No, not your speaking voice, your other voice. The voice that’s clamoring to be heard amidst the noise of the world. Yeah- that voice. That is the voice that is telling you what you need. Since this voice is individual to you, you are the only one who can hear it. Therefore, it stands to reason that when you begin to listen to this voice, what you hear may not always align with what the rest of the world is saying and it will take every ounce of your internal fortitude to shut out the outside noise in order to receive the message that is intended for you. If that sounds too airy-fairy for you, let me just put it this way: in the above scenario, the person in question (let’s call them personX) has been led (that inner urging was his voice) to re-examine what’s going on in his life regarding diet and exercise and make a change. But upon finding “proof” that walking won’t have the desired effects on his body, he’s discouraged into doing nothing. Perhaps it would be useful if I did a study that showed what percentage of the world was obese due to inactivity that came about due to reading studies about the scientific reasons why “this won’t work for you either.” But I digress… If personX had instead listened to his own voice instead of becoming discouraged by the research, he would have found that eventually the research may not have represented him anyway. Why? Because taking 10,000 steps a day was not to be his whole story, but merely just the first page of the first chapter. Unfortunately, this story can’t even begin, because our protagonist is still in the recliner. Had he began with those 10,000 steps, the part he felt confident he could do, he would have been led gradually to the next thing, and the next, and so on. Chapter 2 may have seen him confident enough to add in some weight training, and by Chapter 3, perhaps he was feeling so strengthened by the results of his new behaviors that he was ready to address some relationship issues that he had been too fearful to take on in the past. Maybe by Chapter 6, feeling lighter in both the figurative and literal sense of the word, his newfound vigor encourages someone else to get up out of their recliner as well. And his story continues. Not because he took 10,000 steps or 100,000 steps, but because he took the first step.

That coach is YOU

I’m LA Holmberg, certified fitness trainer, nutrition specialist, and coach. I’m also the mom of 3 remarkable human beings, one of whom has ASD. In helping to navigate my son’s autism journey for the past 20 years, as well as overcoming disordered eating and PTSD resulting from childhood trauma, I acknowledged this rarely recognized fact: we ALL have special needs–individual thought processing methods that encourage or impede our progress. It is my belief that the key to mastering ANY endeavor involves uncovering and acknowledging what yours are, then using this knowledge to positively channel your thinking in a manner that will fuel you on your personal quest. You HAVE everything you need to succeed– we just need to remove the mental blocks prohibiting your access. In other words: heavy lifting- in both the figurative and literal sense. To do this, you’ll need a coach. That coach is YOU. My mission is to aid you in gaining access to the coach within yourself that awaits your recognition and utilization by teaching you methods that allow you to open your mind and deconstruct any conditioned thinking that is holding you hostage.  Ready to get your mission in motion?

JUMP IN WHERE YOU’RE AT!

The answer to “HOW DO I START?” 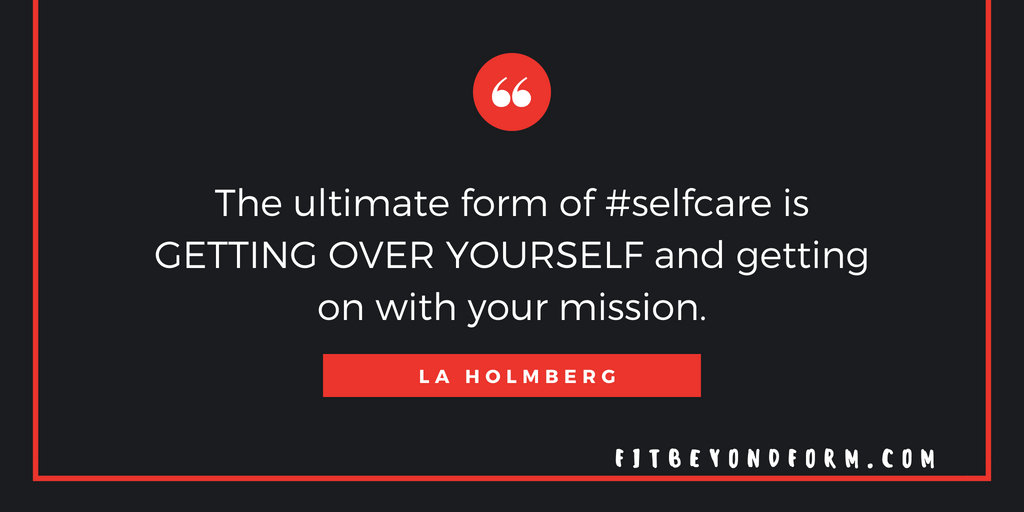